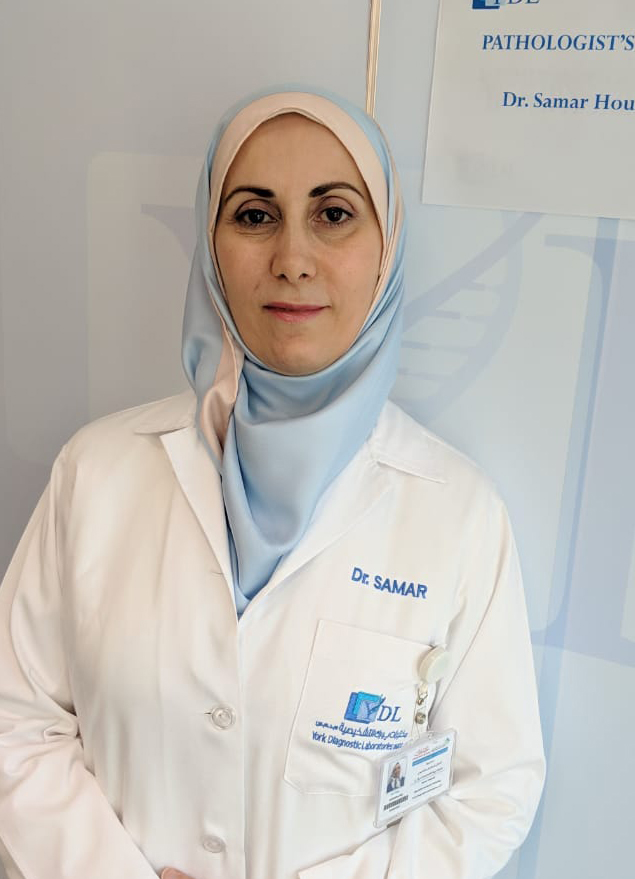 Dr Samar is a lead anatomical pathologist with American training from the University of Florida, Jacksonville, Florida-USA in both anatomical & clinical pathology , she was the founder of the first independent standalone histopathology lab in UAE since year 2000, she acted as lab director & full time anatomical pathologist for over 17 years in Dubai handling large volume of histology cases including tumoral & nontumoral cases